Roughly about 20 BCE, Herod the Great, begann a massive building campaign on the Temple Mount in Jerusalem. Most visibly, he doubled the size of the Temple Mount platform from 7 hectares to 14.4 hectares (144.000 m2), todays extent. The platform was turned into a large plaza, surrounded by porticos of mixed orders on three sides to the north, west and east. To the south was the Royal Stoa on the entire length of the southern retaining wall of the plateau.

Like the Royal Stoa, the dimensions of the Temple complex, with its many gates, chambers and inside courts, where enormous. And yet, the overall layout of the complex was well-balanced.

This reconstruction and visualization is based on the findings and works of Leen Ritmeyer, notably The Quest, and the records of Flavius Josephus in Wars of the Jews and Jewish Antiquities. 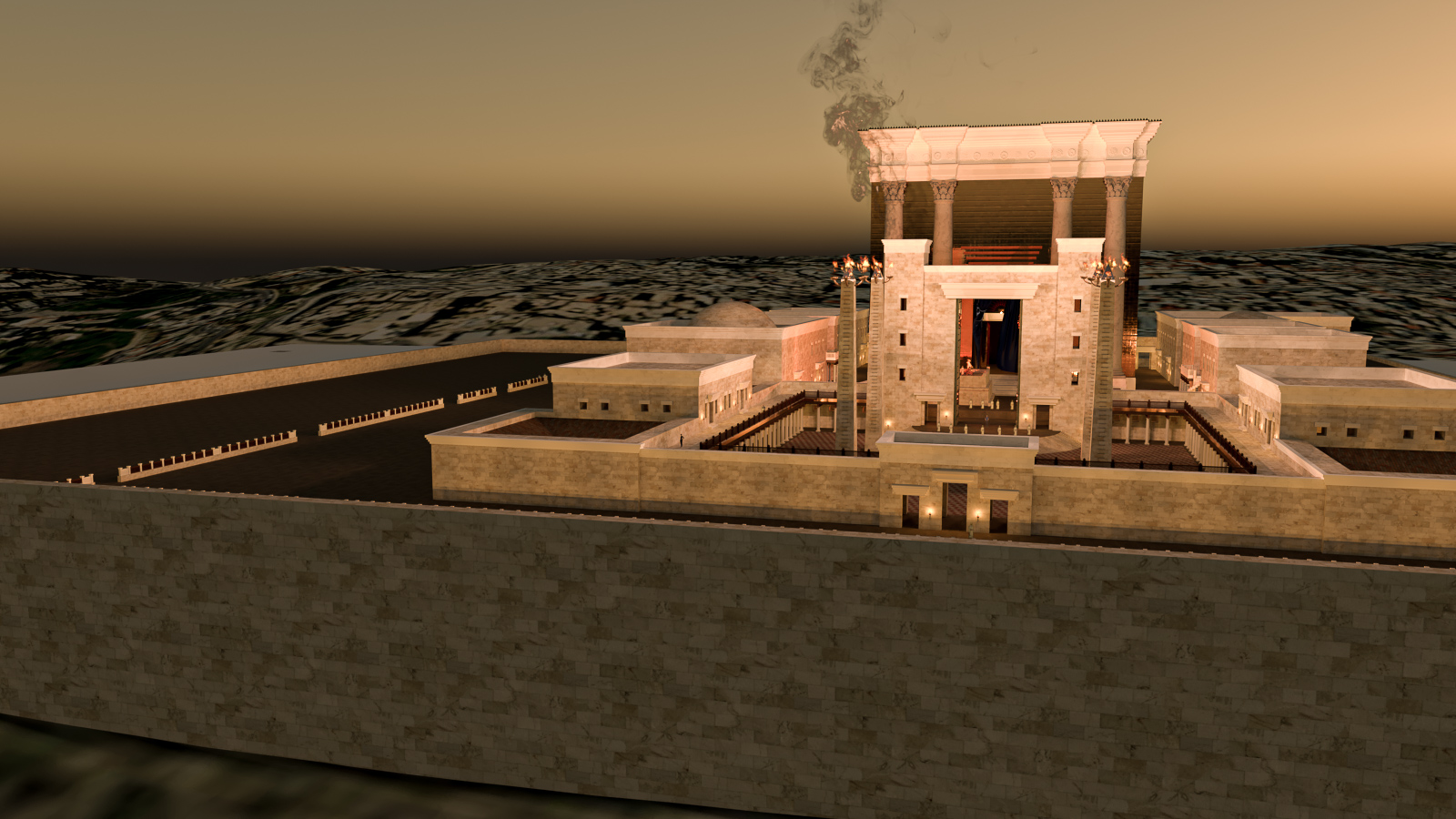 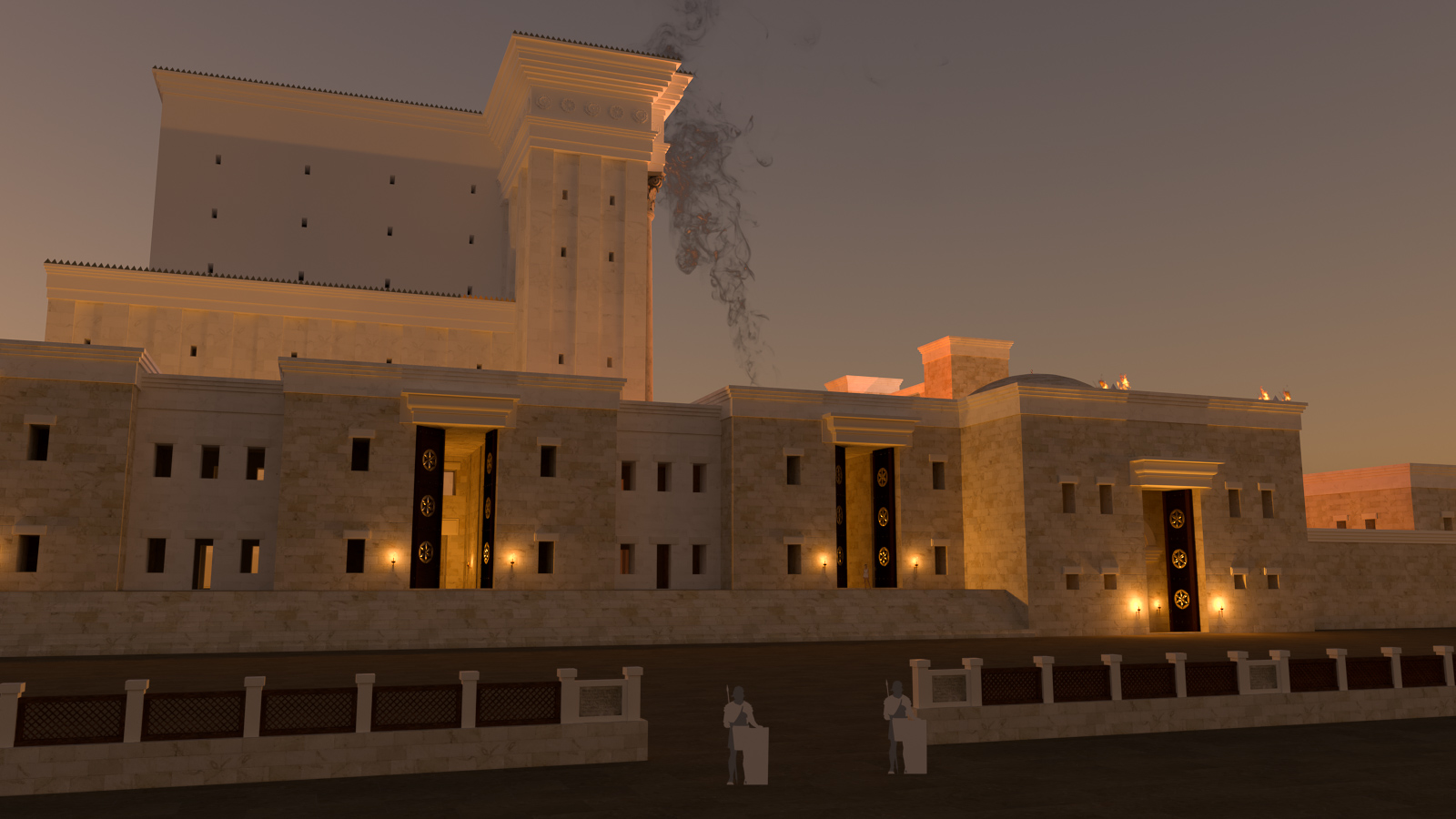 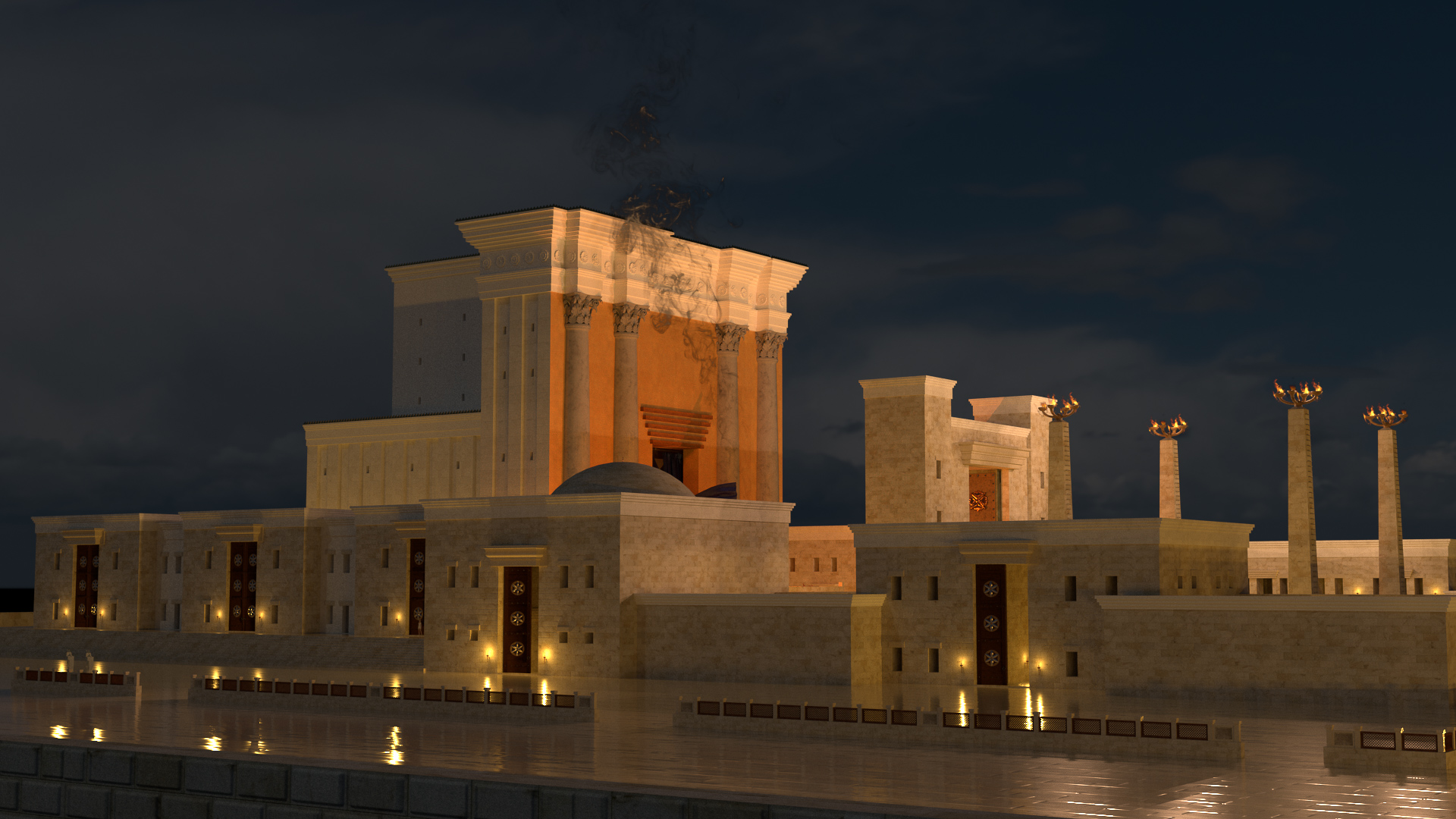 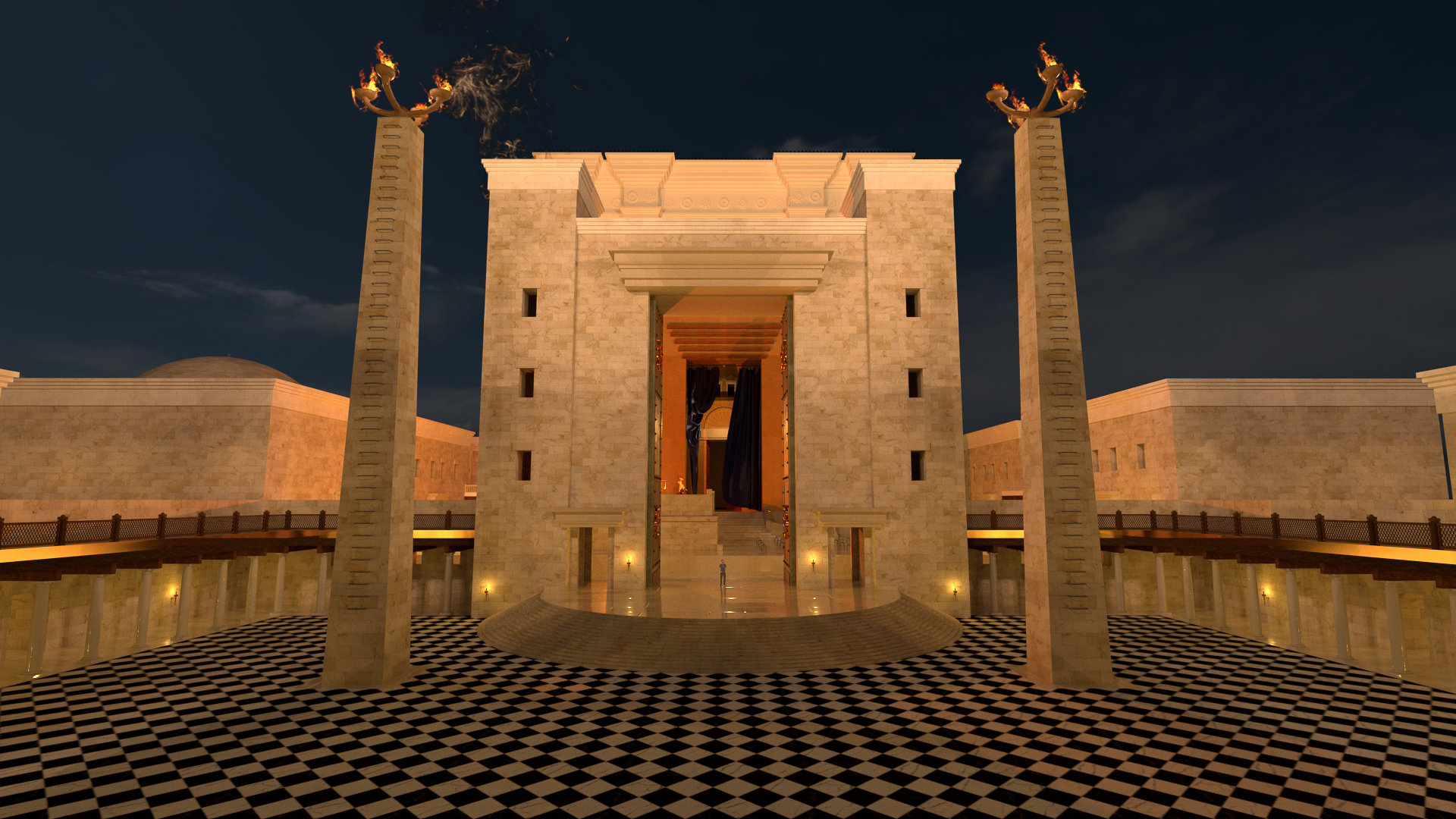 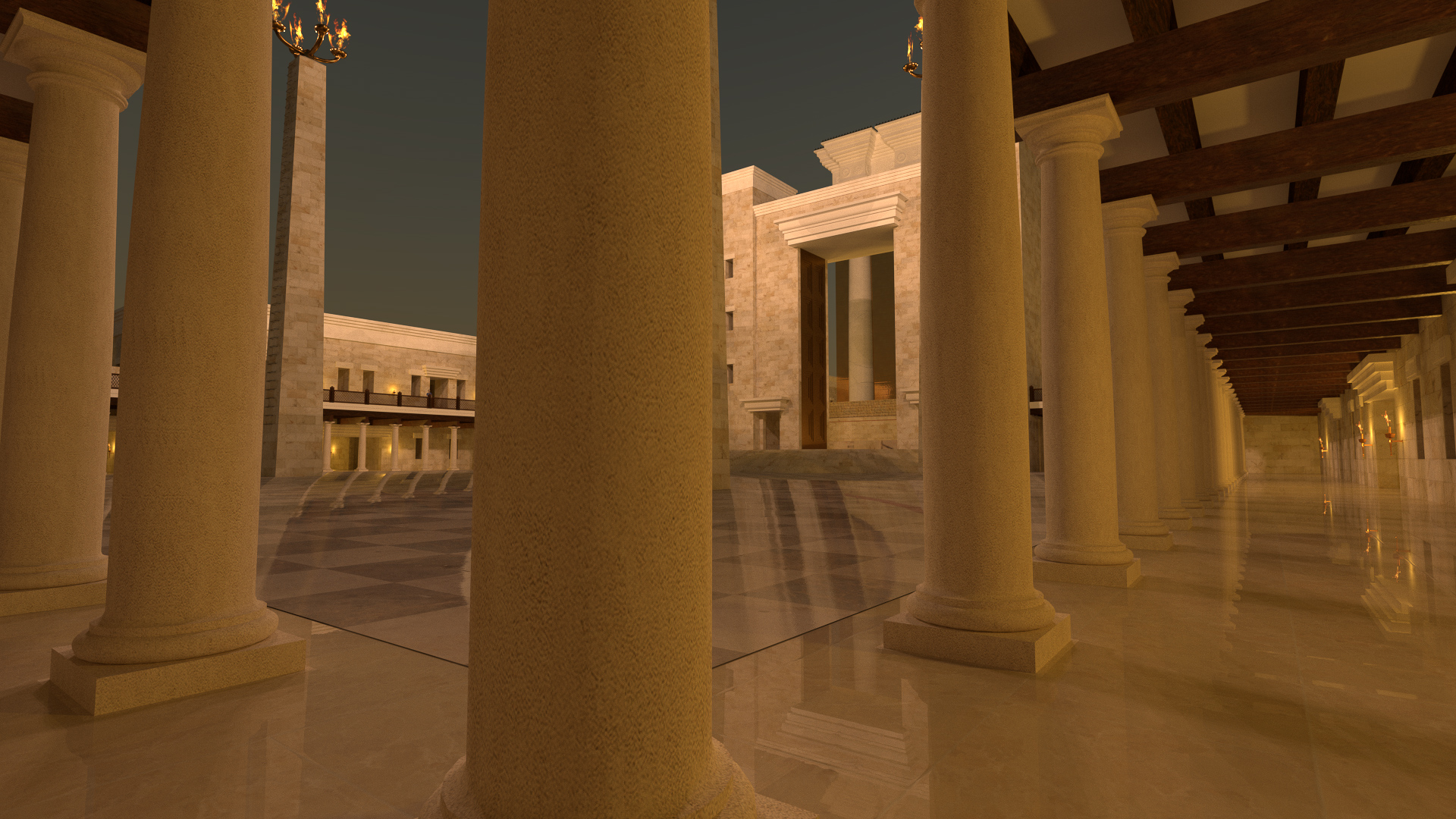 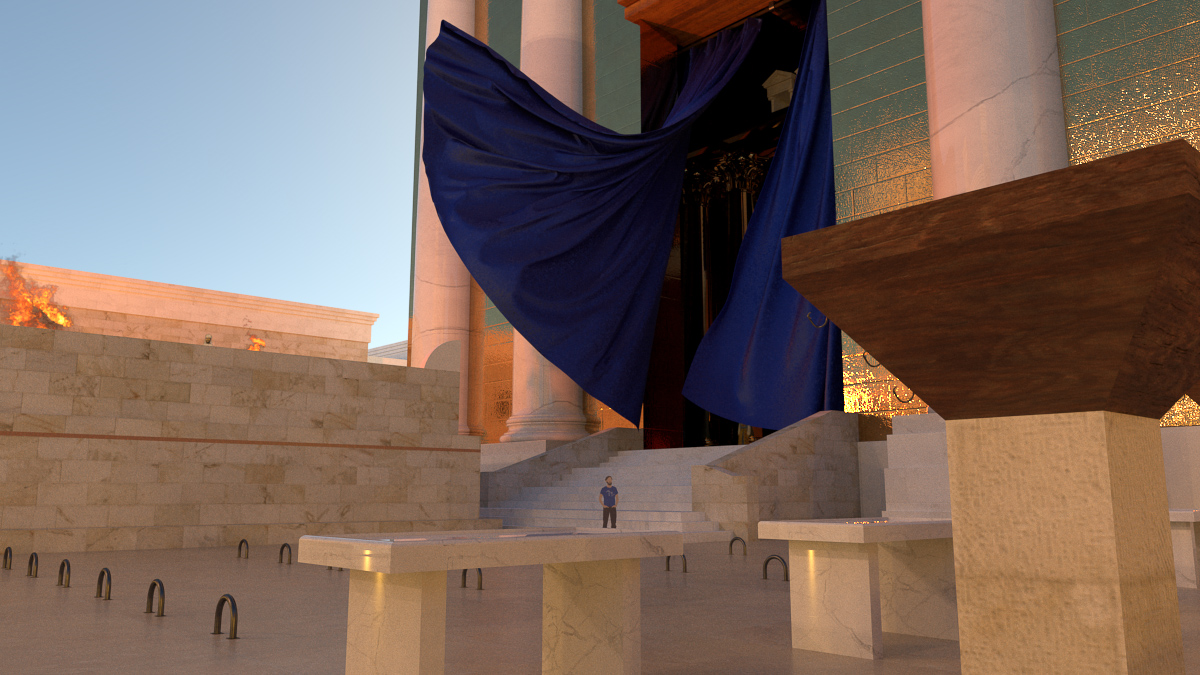 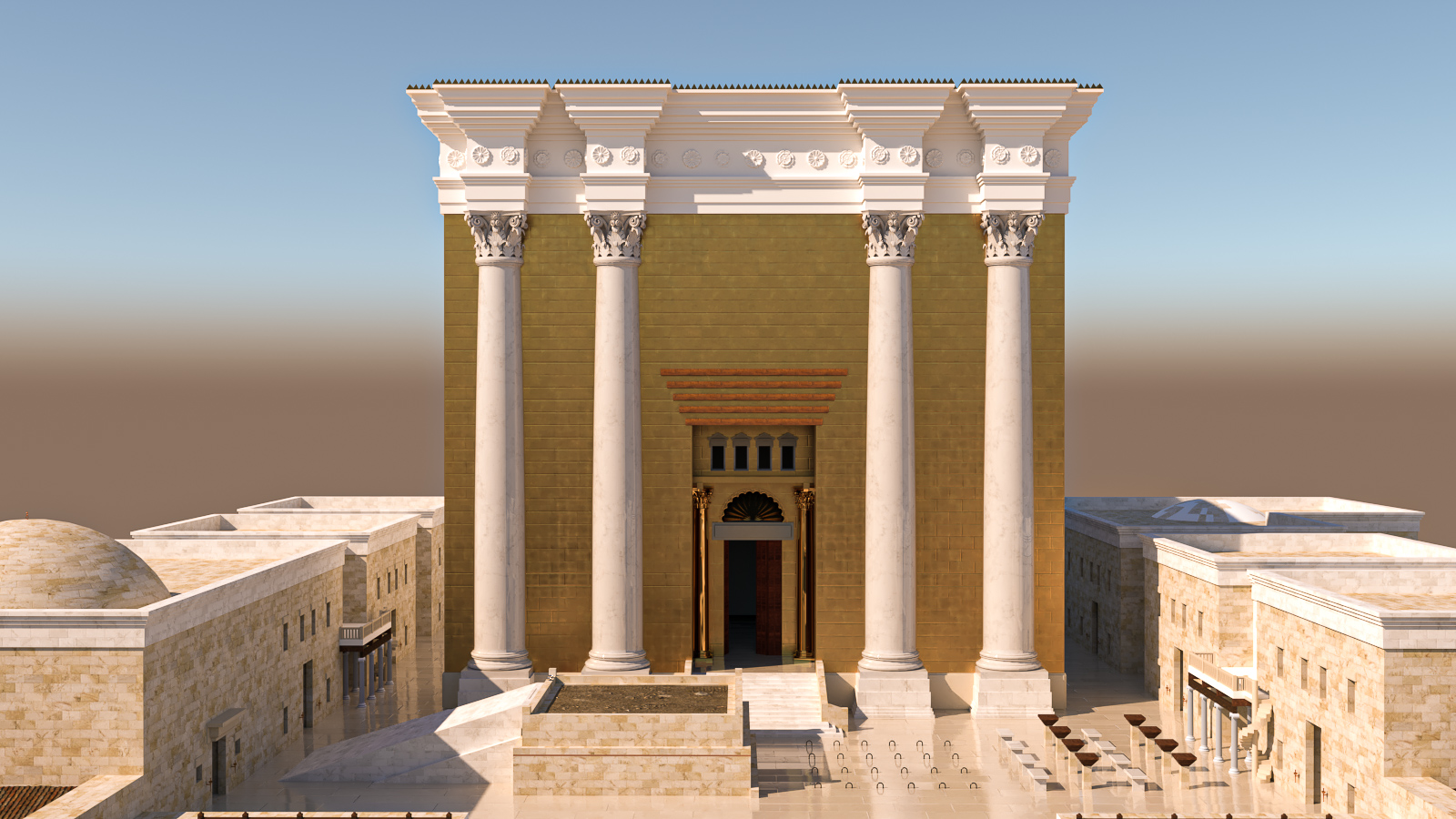 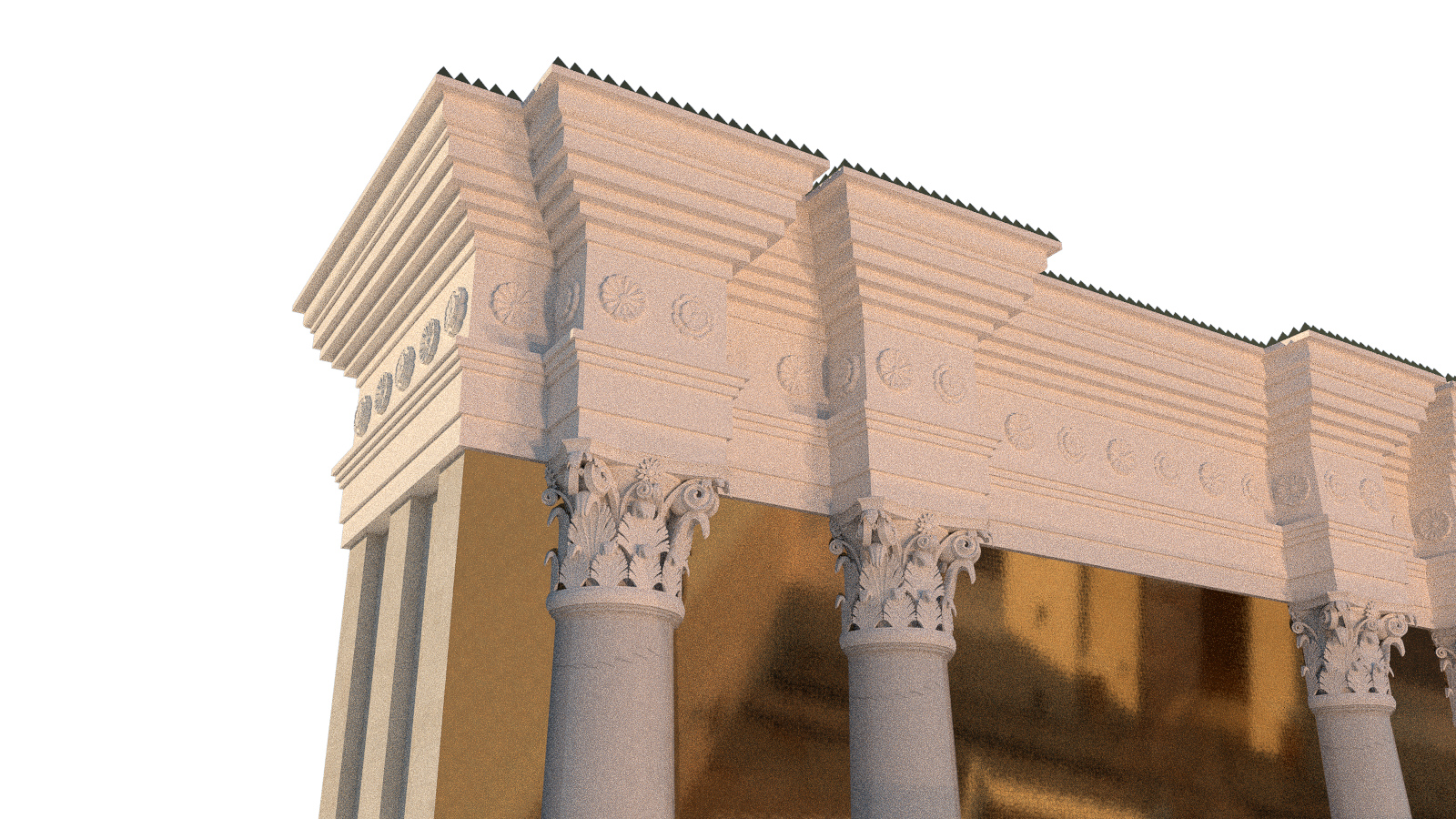 This website uses cookies to improve your experience while you navigate through the website. Out of these, the cookies that are categorized as necessary are stored on your browser as they are essential for the working of basic functionalities of the website. We also use third-party cookies that help us analyze and understand how you use this website. These cookies will be stored in your browser only with your consent. You also have the option to opt-out of these cookies. But opting out of some of these cookies may affect your browsing experience.
Necessary Cookies Always Enabled
Some cookies are essential for you to be able to experience the full functionality of our site. They allow us to maintain user sessions and prevent any security threats. They do not collect or store any personal information. For example, these cookies allow you to login to your account if you happen to have one. These cookies as well include cookies to store your Cookie Consent Settings.
Functional
Functional cookies help to perform certain functionalities like sharing the content of the website on social media platforms, collect feedbacks, and other third-party features.
Statistics
Statistical cookies are used to understand how visitors interact with the website. These cookies help provide information on metrics the number of visitors, bounce rate, traffic source, etc.
Marketing
Marketing cookies are used to provide visitors with relevant ads and marketing campaigns. These cookies track visitors across websites and collect information to provide customized ads.
SAVE & ACCEPT
Powered by